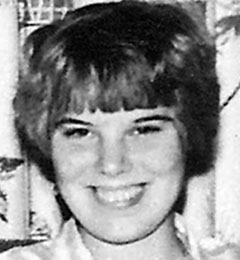 Marcia and Jim Cavin are honouring the memory of their sisters, Mauna Hamilton (above) and Maureen Cavin, with a major gift to Penticton Regional Hospital. 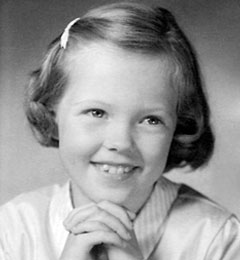 The memory of their sisters comes alive for Marcia and Jim Cavin through a major gift to Penticton Regional Hospital.

The Penticton area couple are donating $30,000 to help supply medical equipment for the PRH expansion in memory of Marcia’s sister, Mauna Hamilton – and Jim’s sister, Maureen, both of whom passed away years ago.

Marcia noted her older sister Mauna was diagnosed with schizophrenia in January 1967 when she was 18.  Mauna would spend the next 25 years in various mental health facilities until she passed away in 1992 at age 43.

“It overtook her life. She just couldn’t handle it, and back then there was no medication that worked for her,” Marcia said. “Like most people with schizophrenia, she was never violent to anybody, but was usually off in her own world.”

Growing up on the family’s farm in the hamlet of Bluevale in southwestern Ontario, Mauna often had difficulties relating to people – but not so with animals.

Marcia recalled her parents allowing a stallion to be boarded on their farm. Like many race horses, it was a very high-strung animal. “He was really quite dangerous. You had to watch him – he would kick and bite,” she said.

One day, Marcia went down to the stable to water and feed the horse, when she spotted her sister alone with a perfectly calm animal.

“There was Mauna in the stall with the stallion, petting him. Anybody else, he’d have bitten or kicked. She just had a way with animals.”

Jim’s sister Maureen had a major health problem of her own – a hole in her heart. She passed away in August 1958 during surgery at St. Paul’s Hospital in Vancouver. Maureen was just seven years old.

“I was only four, so I have very limited memories of her,” Jim said. “I do remember her going to the hospital for this operation, but she didn’t come home.”

Jim said with the advances in medical care over the years, such a heart problem today wouldn’t have been nearly so traumatic. “They fix them as babies before they even go home sometimes. The techniques now are so advanced compared to 1958,” he said. “But back then, it was still early days.”

Marcia met Jim when she was 17, visiting relatives in Vancouver with her mother.

“Jim went to school with my cousin, and she saw him on the bus one day and said: ‘Oh, my cousin is coming out from Ontario. You should come over and take her out,’” Marcia recalled.  “He did come over and we did go out – and here we are.”

After high school, Marcia moved in with her cousin’s family in Richmond. She and Jim got married two years later.

Jim worked for the Bank of Montreal at the time and the couple moved to various locations around Western and Northern Canada, including a three-year stint in Whitehorse. They later moved to Grande Prairie, Alberta where Jim sold heavy equipment.

In 1983, Jim and Marcia moved to Edmonton where they stayed for the next 27 years.  They retired to Penticton in 2010.

The Cavins say their decision to donate to PRH through the South Okanagan Similkameen Medical Foundation campaign in memory of their siblings was an easy decision.

“One of them was a child and the other was child-like”, said Marcia. “We want to remember them in a unique way.”